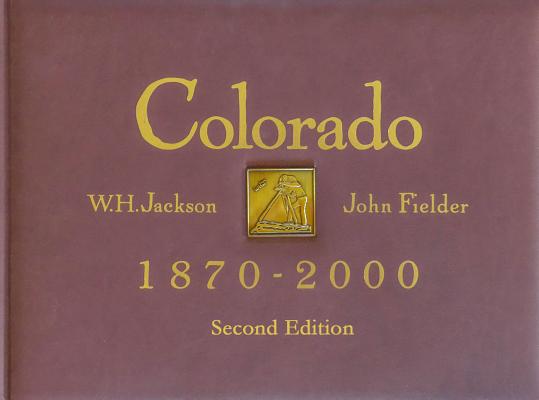 For the first time since its publication in 1999, Colorado's best-selling book of all time, "the big brown leather book," is being improved. Over 200,000 copies of it and its brethren, Colorado 1870-2000 Vol. II, and Colorado 1870-2000 Revisited: The History Behind the Images have been sold. John Fielder's then & now project to stand where W.H. Jackson stood in the 19th century and make his photos all over again has influenced, stimulated, and entertained Coloradans like no other history book nor coffee table book.

John Fielder has rescanned the original transparencies that he shot for the project, and digitally edited the original Jackson negatives, to reveal new details not visible in previous editions. From downtown Denver in the 1880s to the top of Mount of the Holy Cross, you will see as never before change for the better and worse, lots of change or none at all, as Fielder tracks from one end of the state to the other Jackson's early Colorado explorations.

This feature require that you enable JavaScript in your browser.
END_OF_DOCUMENT_TOKEN_TO_BE_REPLACED

This feature require that you enable JavaScript in your browser.
END_OF_DOCUMENT_TOKEN_TO_BE_REPLACED